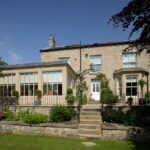 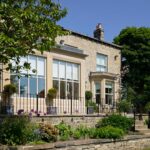 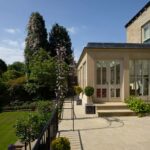 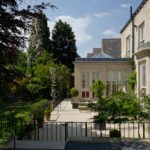 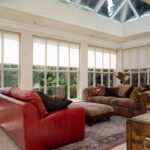 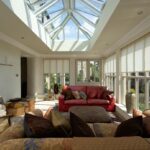 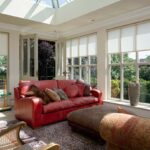 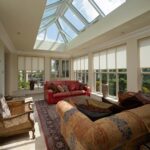 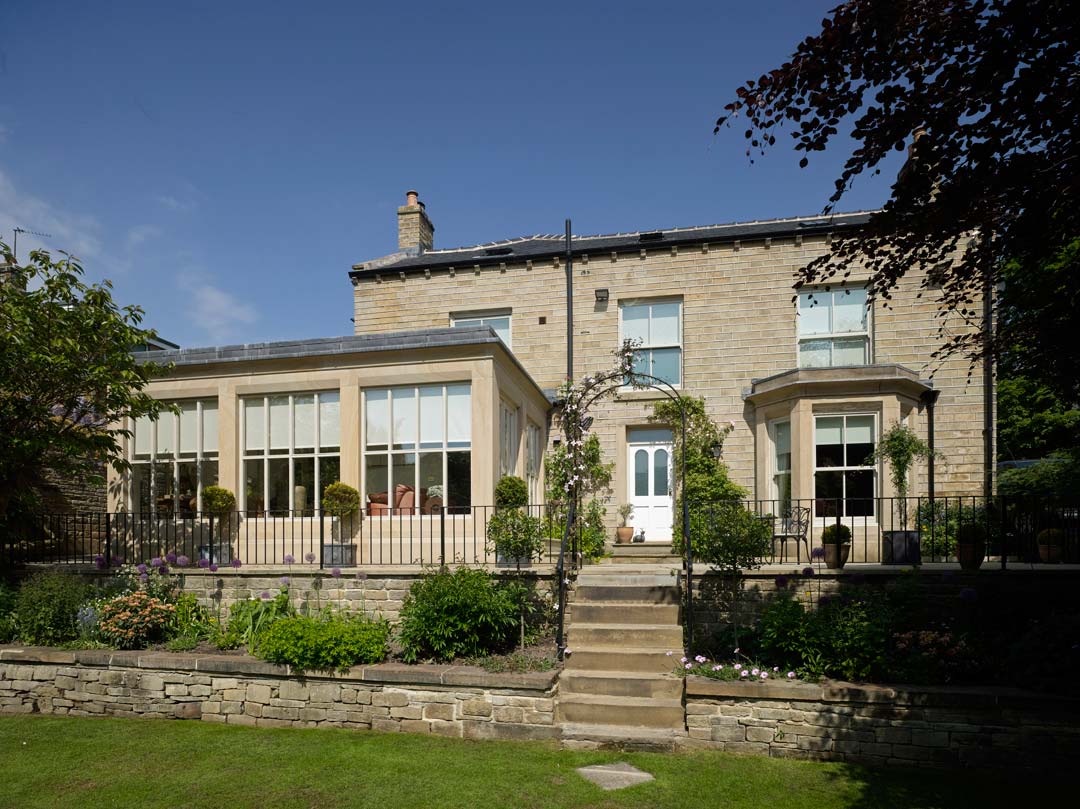 To replace a rather run down 1960’s extension/conservatory area, with a larger, more energy efficient structure. A structure which was much more in keeping with the character of the rest of the house – a detached late period 18th century/early 19th century building, situated in a conservation area.

Appointed by the client on a partial services contract, our team were involved with the design, planning and building regs for a new large ‘orangery’ extension with a floor space of 23.8m2 (original was 9.5m2).

The replacement was of a much higher quality than the existing extension and particular attention was given to the design and materials, to ensure it complemented the character of the existing dwelling. The design referred visually to the existing bay window and the proposed materials included high quality sawn local natural stone with painted joinery work and lead coverings to the visible parts of the roof and parapet. The windows were also detailed to follow the profiles and proportions of the double hung sliding sashes of the house.

A beautiful property restored, with the replacement of an old dated and uneconomical conservatory with a new larger, traditional yet modern orangery with classical ashlar stonework and window proportions, appropriate for the period property.
Menu